Share:
Nine Bridges Harley-Davidson showcases the full range of world-class motorcycles, customisation, lifestyle and merchandise, and world-class service & maintenance - all under one roof - bringing a biking experience like none other to Ahmedabad, Gujarat. 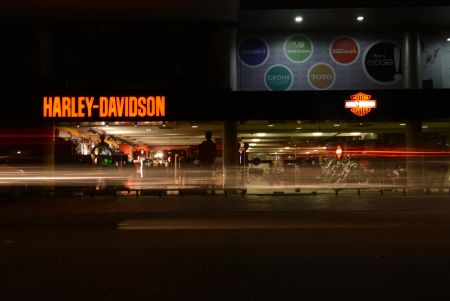 The Nine Bridges HOG Chapter too adds to build the riding culture by hand-holding new riders across various events and riders, and riding the length and breadth of the country in true brotherhood.

Harley-Davidson offers a range of 13 models from each of its 5 platforms – Street, Sportster®, Dyna®, Softail®, Touring. Each of the 5 Harley-Davidson motorcycle platforms boasts of a distinct character and caters to the varied sensibilities of broad range of customers. 8 of these 13 models are assembled at the CKD assembly unit at Bawal in Haryana. The new Harley-Davidson Street™ 750 and 500 motorcycles will be built in Harley-Davidson’s Kansas City US and Bawal India plants.